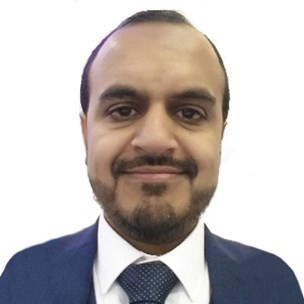 So you have been using Microsoft Office for as far back as you can remember and now your organisation wants to move over to Google apps or G Suite tools as they are known by now. Your first thoughts maybe "I thought Google only did searches?". Well how wrong could you have been. Google are known for their search engine. But Google has a vast array of technology in use and being developed and this technology is not just in IT. For example they have Smart thermostats which allow you to turn on your heating or hot water via an app on your phone!!

We cannot ignore the fact that Google is here to stay and will be with us for a very long time! This may not be such a bad thing as some of the apps available from Google not only would benefit your work life but also your personal life.

So for those of you not of the Google kind, did you know that Google has it's own set of Office productivity tools? In Microsoft Outlook we email and Google has Gmail to do tasks you would perform in Outlook. In Microsoft Word we word process and Google Docs does pretty much the same thing. In Microsoft we have Excel for working with spreadsheets (the program that allows us to do calculations, charts etc). Google Sheets is the equivalent. Microsoft PowerPoint tasks can be replicated in Google Slides. So most of the tasks we perform at work with our Microsoft tools can be performed with Google apps.

If your organisation is moving from Microsoft Office you will not have to completely forget what you have learnt so far in the Microsoft tools and start afresh as most of the functionality in Microsoft is available in Google Apps. For example if you wanted to insert a table of contents in Word, this can easily be done in Google docs. If you wanted to insert a function in Excel for example Vlookup, all the Excel functions are supported in Google Sheets. Google  has the added benefit of having additional functions, specific to Google itself.

When using Google apps, you have to get used to a little change. First and foremost, Google apps are mainly web based (Offline versions of some apps are available). The Microsoft Office applications are local, so you have access to a version of Office under your PC login. If you want to access Google apps then you have to login via an internet browser. This is because Google is a cloud based technology. This has its obvious advantages. There's no software to install and you can work anywhere. You can even access and edit your documents from your mobile.

Changes to the document are synced to the Cloud immediately and everyone can have access to the same document. There is no need to email documents back and forth. You're able to collaborate on a document in real-time. Presentations, spreadsheets and documents are all easily editable by multiple people at the same time.

Google Chrome is the best browser to use if using Google apps although other restricted functionality is available on other browsers. If you're thinking, "why are we using a browser?", well this is how technology is moving. Microsoft has its own set of Cloud tools called Office365 which is also browser based. We are starting to move away from programs being installed locally and only being accessible on that PC or device and moving to a model where we can access our work anywhere. Hence, a lot of technology is becoming browser based in order to support this model and whether you like it or not or whether its Google Apps or Office365 you will soon have to become familiar with cloud based technology.

What is the Cloud?

To simplify this concept of the Cloud, think of the Cloud as being storage of information which can be accessed anywhere. Within that storage you have your own set of tools for work such as Gmail, docs, sheets etc. You may already be using the Cloud at home, for example do you have a personal Gmail account? Or a Dropbox account?  Well these are Cloud based and can be accessed via a browser on any PC or device.

So if your organisation is moving over to Google apps - Keep Calm & Think Google !!