CyberFirst Girls Competition gets to the business end in Manchester

The tech industry needs more women – and QA is committed to inspiring more women to consider a career in tech! No surprise then that QA has supported The National Cyber Security Centre (NCSC) with the 2020 CyberFirst Girls Competition. Here's everything about this exciting campaign.

The 2020 CyberFirst Girls Competition was designed to support girls interested in a career in cyber security. Reaching the semi-final stage this weekend, 41 young women from around the UK descended on QA’s centre in Manchester to compete for a sought-after spot in the finals.

Over the last 4 years, circa 36,000 girls have engaged with the competition, however, this was the first year a semi-final stage was introduced. The Manchester semi was just one of 18 semi-finals taking place across the UK. From Birmingham to Bishop’s Cleeve, Newport to Northern Island, young women came together to battle bots and stop spamware.

However, it was not just the semi-finalists that were challenged. Before the event, NCSC threw down the gauntlet to industry partners, requesting challenges to be used for the competition. QA’s team of cyber experts were quick to the draw, creating a series of challenging exercises that would stretch the lateral thinking and widen the cyber knowledge of the teams.

The result? Despite hot competition from over 100 entries, QA didn’t just host the semi-finals, QA also created many of the challenges the young women got to grips with on the day.

Aimed at young women in Year 8 in England and Wales, Year 9 in Northern Ireland and S2 in Scotland, the key learning themes that underpin each challenge are consistent with the National Curriculum and Scotland’s Curriculum for Excellence – but also expose competitors to more advanced cyber security principles.

In a full day of all-out action, teams including the innovatively named White Feathers, Debutantes, Falli Falcons and the Cyber Squids set about conquering conundrums and evading every obstacle placed in their paths.

"We love spending time working with our friends and learning something new," was the resounding feedback from the competitors. In a tightly contested semi-final, Flli Falcons came out on top, progressing to the final to be held on 15 and 16 March.

"It's great to see girls from all corners of the UK putting their computing and cyber security skills to the test."

To find out more about the CyberFirst Girls Competition or the wider CyberFirst initiative click here. 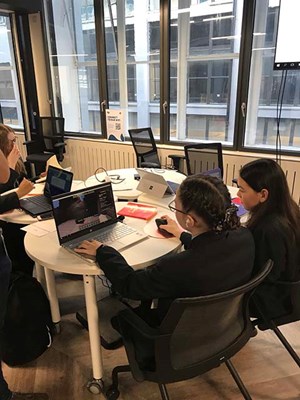 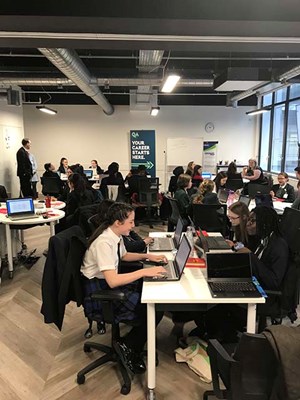 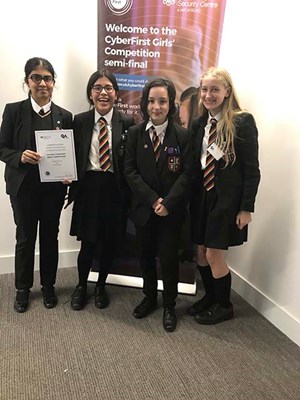 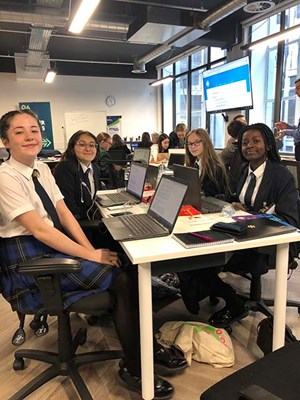