Digital Transformation: Rise of the Machines 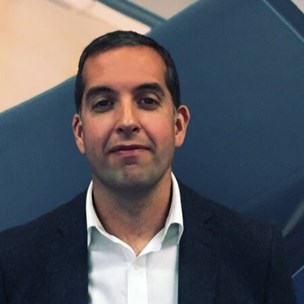 Listen to Ian's podcast, or read his blog below!

Automation: Rise of the Machines

This month’s issue is all about automation. Or “using technology to perform a process or procedure without human assistance”. So what do you think of when read the word automation? My first instincts were robots and characters from some of my favourite TV shows (trying not to give away my age): ‘Commander Data’ (from Star Trek: The Next Generation) and ‘K.I.T.T’ (from Knight Rider) – all technology performing a particular function/role. Quick quiz: does anyone know what K.I.T.T stands for – see end of the article (no Googling)?

Now, we are in the realms of science fiction/fantasy with these shows (for the time being anyhow), yet what implications does automation have for our projects? Let me start by ‘laying my cards on the table’ and say that I do not think automation will ever replace or negate the need for project management and professional project managers (I don’t think any of us are really thinking it will), yet I do think it will have a place.

Now, automation is not about robots per se – but use of technology. And technology in a project has its benefits. Productivity is an obvious benefit – computers are more efficient than people (is anyone disagreeing with this statement?) – and don’t require holidays or lunch breaks. Like people, however, they do ‘break down’ and require rebooting (not a literal reboot when it comes to people, I hasten to add) – “Almost everything will work again if you unplug it for a few minutes…including you” (Anne Lamott). Cost savings also – after overcoming the expenditure (and depreciation) of the automation there will be cost savings to be had - a Forbes magazine article1 quotes: “Intelligent Automation typically results in cost savings of 40 percent to 75 percent, with the payback ranging from several months to several years”. On the psychology front, in my previous article “What are your prospects for a successful project?” (November/December 2017 issue) I discussed classic ‘Prospect Theory’ and how our psychological response to losses is stronger than our (psychological) response to corresponding gains (known as ‘Loss Aversion’) - and how this can impact projects. With automation, there would be no psychological response (loss or gain) as there is no psyche! Automation would not be prone to ‘fallacies’.

and each of these will bring benefits - the costs of implementation will increase as organisations move towards cognitive automation – yet you would expect the benefits to be higher (albeit longer to realise). Just for a thought-exercise, which of these three type of automation would Commander Data and K.I.T.T be?

Previous articles of mine have focussed on the psychology side of project management, and human ‘foibles’ to some extent, and following this theme this is where I see automation having its limitations. Commander Data always wanted to be more ‘human’ and experience emotions, K.I.T.T couldn’t understand Michael Knight’s sense of humour – could either of these technologies make effective project managers?

A project brings about change, involves many people needing to collaborate (think ‘Tuckman’s model, or Big Brother for that matter) and eventually personalities come to prominence and without effective leadership in the project things quickly deteriorate (‘storming’). It’s the role of the project manager (primarily) to get the team through this conflict stage and into the more productive stages of ‘norming’ and ‘performing’ – how would Commander Data or K.I.T.T handle this kind of situation? Could this technology be programmed to adapt, think, evolve and react in the best way to ensure team cohesion and ultimate project delivery? Or are they still just, fundamentally, a bank of electronics that can only do what they are programmed to do? I am being over simplistic - and I can almost feel the Artificial Intelligence promoters drafting a letter of reply to the editor – yet even A.I cannot possess the same range of adaptive emotions that us (mere) mortals can.

In essence, automation is replacing the execution of one process with an execution of a different kind (human to computer) and organisations should not be naive to think it will be easy to implement. I’m not thinking solely about the technological implementation, rather the cultural implications. I see a lot of organisations trying to implement their own project management processes and produce a very aesthetically pleasing document/portal and expect that sending this to their community will constitute embedding. It won’t. Same with automation. Replacing manual with automation will require a cultural shift from the organisation that they have to be willing to embrace to have a fighting chance of getting the benefits they expect. Is your organisation willing to embrace this cultural change? In my October 2017 article “Ask not What but Why”, I used Simon Sinek’s model to discuss how people need to buy-into WHY you are doing the project – not WHAT you are doing. By the way, saving money is not WHY! Think about Amazon for a moment – their mission is to be the Earth’s most customer centric company - automation would be a contributor to achieving this – and maybe this kind of ‘WHY’ argument is needed to shift the culture. And this cultural shift starts at the top of the organisation.

For all the automation that can be done, we can never get away from the humanistic side of projects. Whether automation is ‘basic’ (as mentioned above) or more towards ‘cognitive’, projects fundamentally involve people – and no form of automation will ever be able to replicate human behaviour to its fullest extent. No doubt as technology progresses automation will get very close to performing human functions – but never replace.

To finish on a cinematic reference, will automation result in Rise of the Machines (Terminator 3)? See you in the next issue – I’ll be back!

K.I.T.T = Knight Industries Two Thousand. I only discovered this recently whilst watching reruns with my kids!

Previous article Blog: Why your IT team must ad… Next article 2020 Future Challenges Survey

Dr Ian Clarkson is a highly experienced consultant, author, trainer and speaker with over 20 years’ experience in project management, organisational change and learning.
Visit my page

It's project managers' time to shine

Does your technology adoption game plan include project managers? It should

Artificial intelligence, project management and the skills we'll need in 2030

QA's Head of Organisational Consultancy, Dr Ian Clarkson, looks at project management through the lens of a small business ow…

I'm OK – You're OK: How to have adult-adult conversations in the workplace

Don’t ignore the gorilla in the room

Digital transformation: An enduring need or just here for a Fortnite?

Digital Transformation: Do you know what it means?

QA's Head of Organisational Consultancy, Dr Ian Clarkson, discusses what is meant by Digital Transformation and how QA's Orga…

04 October 2018
Digital transformation represents a seismic shift in the way technology is viewed in business, and project managers play a vital role.

Successful transformational change – how difficult can it be?

QA Consulting partner Steve Jones explores how difficult it can be to "land" effective change in your organisation.

Two blades to scissors: Can you cut it in project management?

PRINCE2 vs APM: build your project management career with the right tools (and instructions)