Diversity in the cyber security and tech sectors: Are we nearly there yet?

How far has your organisation progressed with diversity initiatives? Are you at the talking stage, or making slow but significant progress towards an organisational culture where diversity is valued?

The gender pay gap was first introduced in the UK in April 2017, yet a large percentage of organisations still struggle to successfully move the dial on gender diversity. Instead, being the only female in a meeting is still the norm for many women in cybersecurity and the wider tech community.

At the same time, the media continues to fuel the stereotype that young girls interested in coding or anything tech-related are geeks and will conform to a certain physical stereotype. Forget it if you’re a whizz at Python but quite like a conversation about fashion too.

While some may regard a strong diversity story as a sure way to get positive PR, there is plenty of evidence to suggest that diversity makes sound business sense. For example:

For these organisations, diversity is an important source of competitive advantage.

So what exactly are we waiting for?

To mark International Women and Girls in Science Day, we have invited four amazing individuals from QA client BAE Applied Intelligence to join us in a panel debate. Disclaimer – it’s going to be lively! 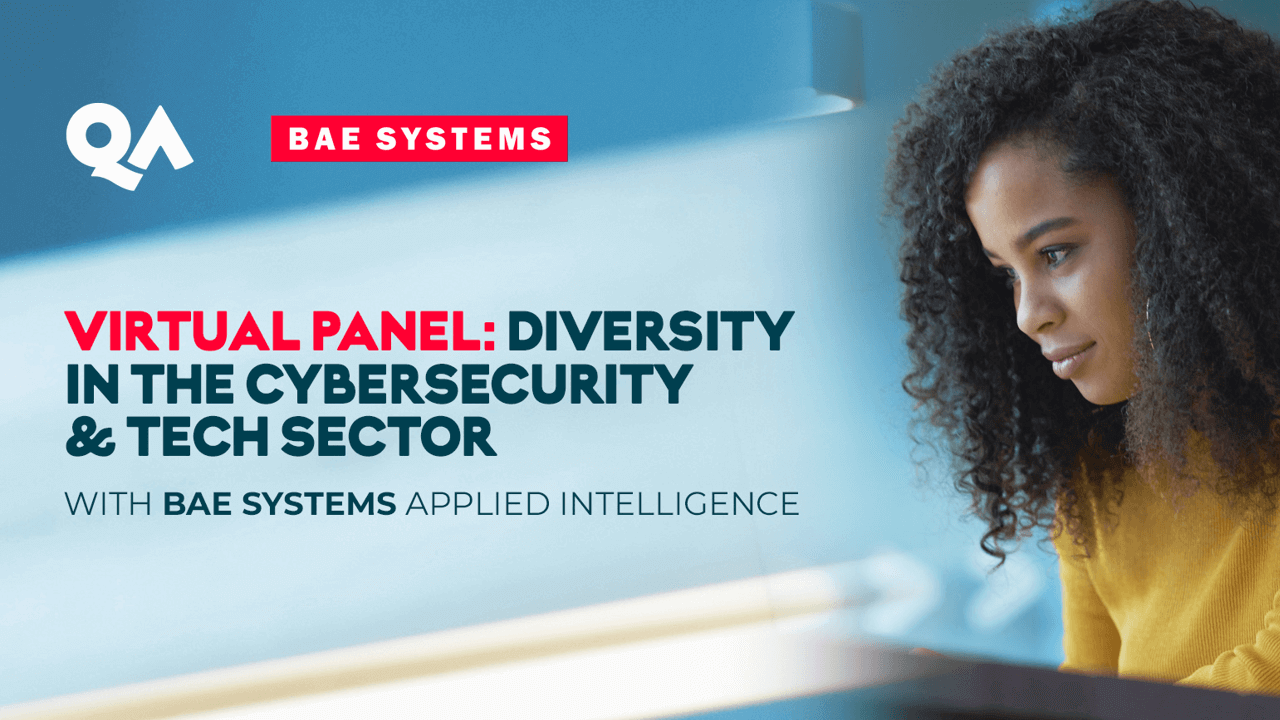 During the session, we will discuss our need to change the way we talk about diversity in our homes and schools. Even the question, "Is it ever too early to tell girls they can code too?” ingrains the innate assumption that it’s something young girls shouldn’t worry about. Food for thought.

We will then move on to the workplace where there is a lot of ground to cover, including recruitment for early careers vs senior positions; the role of mentors (hint – men can mentor women too) and importantly, the need for diversity of thought at every level of an organisation. Naturally, there will also be plenty of time for questions.

The panel will be hosted by Naomi Stanley, Consultant Technical Manager at QA. We are delighted to welcome the following to our panel:

Register your free place, block out the time in your diary, and then pull up a chair on Thursday 11 February at 12:00 as we discuss progress and barriers to gender diversity, and the ways in which we all might benefit from a little more disruption.

Register for the Diversity in Tech panel discussion

Previous article Digital skills and the future… Next article Squad-as-a-Service: a faster,…