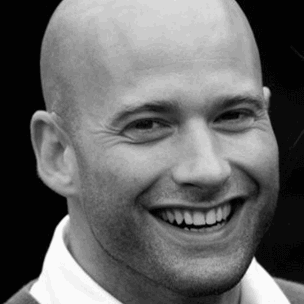 At the Ignite conference in 2018, Microsoft announced a number of changes to the Microsoft 365 and Azure curriculums. This included not only new courses and exams, but the introduction of new learning paths aligned to job roles. These learning paths have been mapped using Microsoft's new "Job Task Analysis", ensuring the new courses and exams will be much closer aligned with one another.

The traditional approach of Microsoft, when building their training and certification tracks, was to have a block of ILT (Instructor Lead Training) days covering vast ranges of common services and features in that technology area. These types of courses are a mix of instructor-led presentations, demonstrations and step by step practical work. As the training landscape has evolved to embrace new modalities, the appetite for this more traditional approach to skills transfer has changed. Today we see that Microsoft has embraced a different model of delivery focusing on specific aspects of a given job role.

Each new learning path is made up of one or two courses that focus on a specific aspect of the Microsoft Office 365 technology suite. After completing each of the courses in a path the learner should (with hands-on practice) then be ready to sit the related exam if they wish.

The old Office 365 certifications included exams which would test a learner on the broad variety of cloud technologies covered in the original courses. Now, the new exams have a much narrower focus which should make them easier to prepare for and ultimately result in a more role-specific qualification. As for the model of the learning, Microsoft's idea is that each instructor-led course can be taken individually.

Note: As with previous Microsoft exams, the new exams are taken independently by the delegate and are not part of the course. There is no requirement for a delegate to complete the exam.

The new exams announced so far are divided into three areas:

Microsoft has introduced the following certifications linked to job roles. There are a number of courses which help to prepare for the exams which are provided below.

The courses for the Microsoft 365 Certified Enterprise Administrator Expert track are available now from QA.

The traditional approach to proving the validity of a learners' Microsoft qualification has long been either just a link to a digital transcript or even a printed confirmation. To further engage their learning transformation Microsoft have partnered with Pearson Vue's Acclaim platform to award digital badges and certifications as evidence of test takers' achievements. These digital badges allow learners a simple and verifiable way to evidence their qualifications by using uniquely linked images. The Acclaim platform allows for these badges and certificates to be posted on social media platforms such as LinkedIn, Facebook, and Twitter. For digital CVs there is a data-iframe embed option on each learners Acclaim dashboard, as well as the more traditional unique public URL.

You can learn more about digital badges here.

Phil has over 20 years' international experience in the industry helping UK and global clients with designing and deploying technical Microsoft solutions and developing and delivering training and mentoring to provide ongoing support.
Visit my page

Microsoft 365 Evergreen I.T.: What it means for you

Phil Crayford explains what Evergreen I.T. is, what the benefits are, and where organisations usually fall flat.