Is this the year to steer your leader ‘ship’ on to a new course?

In your organisation, are you considered a leader? If so, do you spend your day at the helm or are you on deck with the team?
13 likes 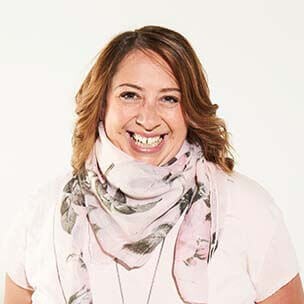 And this week (through my personal life, not work life) I was lucky enough to speak to someone from an organisation who was excited to tell me that they were really embracing the inverted triangle approach to leadership and about some of the changes they had made in the past 2 years.

I had previously visited this organisation around 7 years ago, and even then I was amazed at their approach to their business. It amazed me that anyone who was a manager had a private office. And the staff said you knew what mood their boss was in from how loudly the private office door was closed (or slammed in some cases). Managers also had access to a special kitchen, parking closer to the office in the car park, and a different smoking shelter to everyone else. And if you were senior leadership you got access to the garden on the roof terrace (wow – that’s a career high to aim for!)

In one of my roles in a previous life, there was a running joke that only managers got office chairs with arms on (I’d love to tell you I’m joking about that one...).

I’m sad to say, I still see this sometimes 7 years on. I’m still surprised at how many organisations still have the all-important ‘private office’. Or special meeting rooms that can only be used by ‘leadership’.

So imagine how delighted I was to hear that the company I’d visited 7 years ago had painstakingly changed their leader ‘ship’ around to head on a new course.

I asked my contact to share their pearls of wisdom, so that I could share them with you, the reader. How did they light these fires in people to promote a higher performing workforce? And wow, were the answers worth waiting for!

If you spend all your time at the helm or up at the top of the mast in the lookout tower, you’re missing interacting with your crew. If you set up on the deck, you become more approachable to others. That doesn’t mean you should have a desk at the end of the teams banks of desks – that’s just a private office without the walls! Instead, sit with everyone else, have the same desk layout as everyone else. We’re all in this together so why should you have a different desk to your ship mates?

Some of the best ideas will surface when you’re amongst the team and you’re approachable. Think about how easy it is to chat about ideas when you all sit together? The more this happens, the more the ideas will be forthcoming. These in turn will boost your leadership creativity and spark innovation in your working space.

After all, an ‘open door policy’ to a private office, is not as open as you might think.

2. Stop thinking about your people as ‘resources’

With uncertainty in our marketplace, and sometimes our careers, as prevalent as ever, to get ahead of the oppositions’ fleet, we need to gain momentum that promotes high performance. Every member of the organisation is a human being and every single person can bring a mix of skills to your organisation – intelligence, creativity, resilience, discipline, focus, problem solving. So why not tap into that? If you change your thinking of how you view your people, you will notice an enormous difference. Think about how often people say ‘I just feel treated like a resource’. That statement never has a positive sound to it. Many leaders would argue they don’t see their teams as ‘resources’ now but what would happen if you truly saw them as people? I’m not saying to lose the word from your vocabulary altogether – just change how you use the word. Things in our workplace that support us to do our jobs, be them desks, meeting rooms or pens are. People are people. And after all, if we think about gaining that momentum, growing your own people is far easier than trying to grow a resource.

I’m a big believer of the old adage, ‘you can’t lead someone if you don’t know what they’re thinking’. Not everyone thinks the same as you. We all have different preferences in how we ‘filter’ the world around us. Some of us like detail whilst some of us prefer to get the bigger picture first. Just because something is important to me, it doesn’t mean it’s important to you. To really connect with your team, you need to get ‘inside’ their heads. What makes them tick? What motivates them? What really engages them? What switches them off? By really getting to know them on a deeper level, you’ll learn some amazing things about them.

This knowledge will mean you can treat them how they want to be treated. They’re different to you remember and behavioural flexibility is a great asset any leader should possess.

As a leader, I had an excel spreadsheet with many columns relating to preferences for my team, with each team member having a line on that spreadsheet. I’d seen this done successfully by my mentor, who had a spreadsheet covering all 200 people in his department! This spreadsheet allowed me, (and my mentor), to know the people I worked with intrinsically, meaning whatever was going on, I could tell you in great detail a number of things that I could adapt to when working with them, to get the most out of them. Things like personal motivators, strengths, preferences, hobbies.

To give you a different perspective, I’ve seen a lovely action that lacked knowledge massively backfire on a leader. It’s Christmas. The manager buys all the team a bottle of red wine. What a great gesture! That is unless you’re tee total or don’t drink red wine. A grand gesture suddenly turns in to a ‘my leader doesn’t know me’ conversation over coffee. And we both know, that conversation is never going to end on a high.

4. Stop with all the talk about issues and start fixing things

Organisational issues can be tough to fix. But just because they’re tough, it doesn’t mean they can’t be fixed. If you demonstrate ownership to fixing things you will fuel the connections with your team. People will choose to follow you rather than report to you. And if people see action, they’re more likely to share ideas..

The great thing for me is I’m pleased to say I work with a lot of clients who are breaking down these barriers and creating open, collaborative work spaces – ones full of energy, passion and synergy that are incredibly productive. Where every opinion is welcome. Where people really ‘know’ each other.

When leaders ‘walk the talk’ and really embrace a sense of community, creativity, questioning and empathy, to name a few skills and traits, it fires up the connections and relationships that brings out the best in everyone. Imagine working in an environment like that – high performance would just be the norm.

And finally, apologies about all the marine and ship puns. I just wanted to get my point across clearly you sea...

Is it time we turned leadership on its head?

The daunting new managers role...doesn't have to be

Are you an authentic leader?

Jennie Marshall is a double award-winning Learning Professional who joined QA in 2011 as a Learning Specialist in our Management, Leadership and Personal Effectiveness team. In her career she has enjoyed a variety of roles within different industries including Estate Agency, Imports and Exports, Financial Services, Call Centres, Utilities and Staff Unions.

In January 2014 she moved to a new role within the same department, as Head of Courseware Development where she was responsible for the overall quality, design, development, administration and coordination of our market leading courseware.

In January 2016 she then moved to a new role of Learning Consultant in the same team, where she now leads the design and delivery of innovative learning programmes linked to business / individual performance improvement for our customers.

She is a respect and trusted advisor within the team, and known for her experienced and dedicated approach to learning and development, with expertise including management, leadership and talent and training and facilitation developed within a variety of environments. Jennie has also supported our customers as a Product Owner on a secondment basis, using Agile methodologies to manage and deliver new learning products to their business. Her experienced was recognised in December 2018 when Jennie was awarded Chartered Manager (CMgr) status.

In her role she acts as lead consultant for a number of large clients and remains frequently involved with the development of various initiatives and programmes from graduate programmes to modular skills development journeys.

Alongside developing great learning products for clients, Jennie also works on refreshing the Management, Leadership and Personal Effectiveness curriculum and is a regular blog contributor on QA.com.

When not absorbed in course development, Jennie can usually be found in her garden, or involved in various pursuits through the Women’s Institute, where she is a Communications Secretary. She also features frequently on her local BBC radio station as a newspaper reviewer.

Is it time we turned leadership on its head?

We discuss an alternative view of leadership with the hierarchy flipped on its head and employees feeling more empowered.

Jack be nimble, Jack be quick... Is Jack therefore an Agile leader?

We discuss four key characteristics of an Agile leader.

Is an experienced adviser what you need in 2017?

Experience, they say, is the best teacher — but a mentor or a coach might be your next best option. But how do you figure out…

Social media can be an invaluable resource, but you can too easily succumb to a cycle of shameless self exposure. Follow our…

Unconferences: Why not let 2018 be the year you find a new way to connect, learn and share in your business

Unconferences have been popular in the tech sector since the late 90’s. They have the opportunity to create a new standard fo…

To celebrate Learning at Work Week, QA's Jennie Marshall shares her 5 top tips to help you become an agile learner and how it…

To celebrate Learning at Work Week, QA's Jennie Marshall shares her thoughts on lifelong learning and how it can be the first…

To celebrate Learning at Work Week, QA's Jennie Marshall looks at the need to find smarter ways to communicate and collaborat…

Why technology professionals can benefit from coaching

It’s now common for executives to have their own coaches, senior Technical Leaders and technology professionals have lagged f…

Eligible service leavers can now use Enhanced Learning Credits for up to 10 years after their departure from military life. W…

Microsoft 365 Evergreen I.T.: What it means for you

Phil Crayford explains what Evergreen I.T. is, what the benefits are, and where organisations usually fall flat.

APMG Midday Mentors session with Paul Wigzel: The rise of the BRM

Get Tech with David Walker and Joseph Charm.